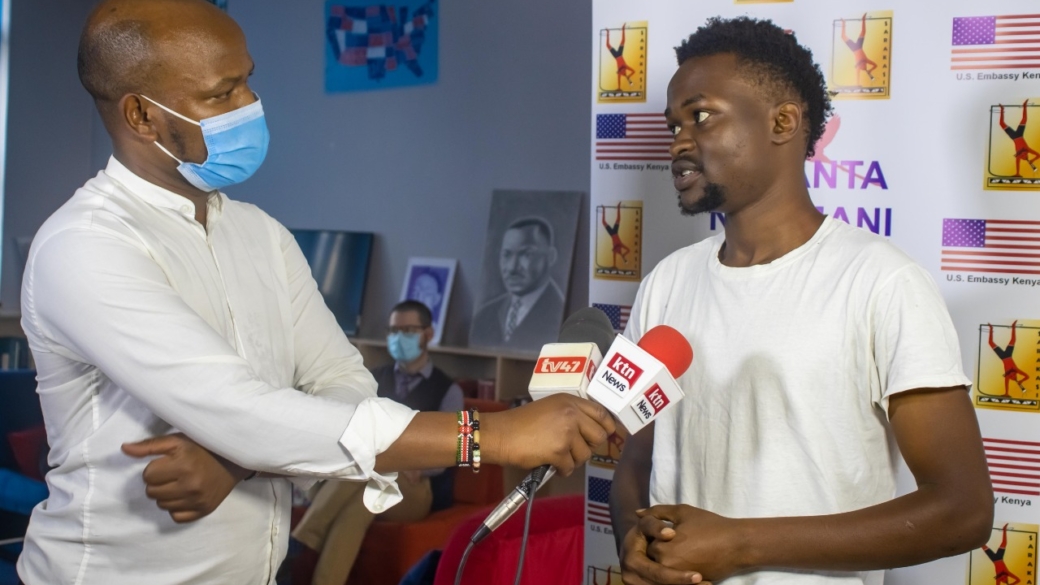 by sarakasi
with 2 comments
Uncategorized

Talanta na Amani is a Social Arts Development Course, targeting youth aged between 16-30 years. Through this activity, Sarakasi will empower artists with mentorship sessions, capacity building workshops, life skill knowledge production and overall socio-economic empowerment that is deemed crucial to enhance the entertainment industry in Nakuru while simultaneously promoting peaceful coexistence, social change and alleviating gang related violence and manipulation by political forces, in light of the upcoming elections and current volatile situation within Nakuru City and its environs.

At an interview session with the press during the launch, Mr. Christopher Machin from the American embassy expressed in a statement, “We as the American Embassy are interested in supporting the youth in various skillsets, that we feel are important in raising them to be economically and socially empowered. We also saw the need to diversify the talent pool, and we commend Sarakasi Trust for doing a great job with auditioning the participants, as this would help us reach out to more artists in an attempt to create inclusion in the training…”

As with many projects that we have undertaken in the past, the question of sustainability keeps on springing up in the process of decision-making as well as modelling the frameworks that we choose to work with in creating such platforms. Our Managing Director Marion remarked in a statement on the issue, “We undertook various measures in the auditions process, where we ensured that the talented youth came with a clear vision for not only their skill set in the arts, but also were armed with the awareness that they carry a mandate that goes beyond themselves. It was important to us, that they carry out ambassadorial roles back in their communities, by way of mentoring others, upholding values that we teach them such as peaceful coexistence, leadership, conflict resolution among others…”

The program shall be running till august 2022, with the hope to achieve positive outcomes as earlier on mentioned.