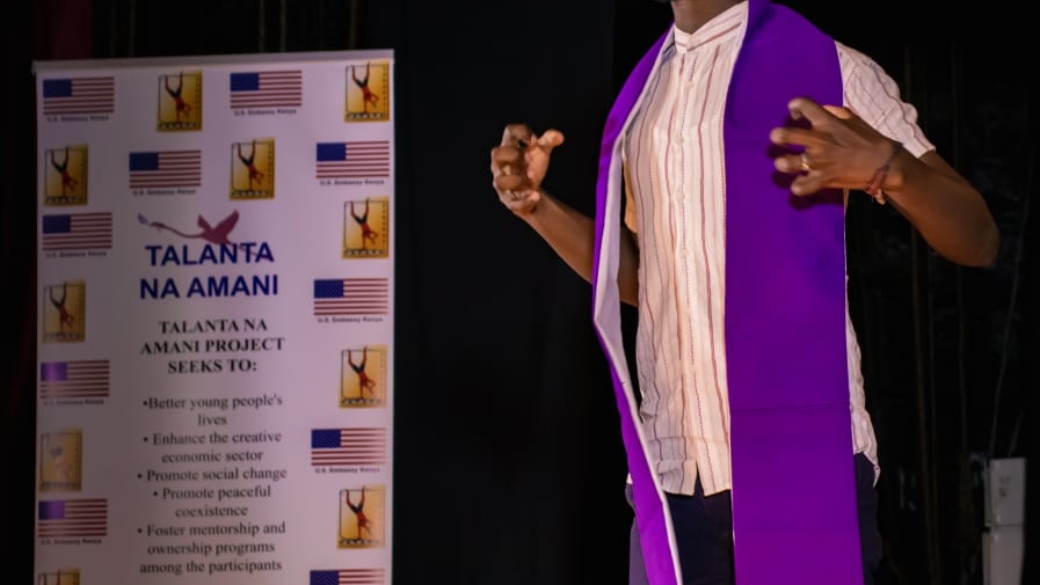 by sarakasi
with 2 comments
Uncategorized

The Talanta na Amani auditions took place on the 17th of January 2022 at the Nakuru Players Theatre. ‘Talanta na Amani’, which is Swahili for ‘Talent and Peace’, is a Social Arts Development Course/ Project powered through a partnership between Sarakasi Trust and its donor, the U.S. Embassy Nairobi where 100 talented youth will be taken through vigorous soft and hard skill training for one week each month during nine months, beginning January 2022.

Through this activity, Sarakasi will empower local artists with mentorship sessions, capacity building workshops, life skill knowledge and overall socio-economic empowerment that is deemed crucial to enhance the entertainment industry in Nakuru while simultaneously promoting peaceful coexistence, social change and alleviating gang violence in light of the upcoming elections and current volatile situation in Nakuru City.

Nakuru City is plagued by multiple gangs that propagate violence within the community. Furthermore, gang members and youth are prone to political exploitation and manipulation, which is why the project was initiated.

The project hopes to mitigate these and other social issues that young people face within Nakuru City. In addition, Nakuru City has been named the Cultural City of Kenya as it is among the 49 Cities that recently joined UNESCO Creative Cities Network following their designation by UNESCO Director-General Audrey Azoulay in November 2021. As such, Sarakasi prides itself to be part of this cultural renaissance and to grow the cultural sector by means of this initiative, through directly involving entrant artists.

The participants streamed in from all walks of life, convictions, talents and backgrounds with a hope to get an opportunity to express themselves, and have a platform that would propel their skills to the next level. “A moment of silence for all those who lost their lives in the violence…” This would be the first line of a spoken word piece from Lucy Wanjiku, or better known by her stage name, ‘Lucy Empress’, who had heard about the Talanta na Amani auditions from a friend, and decided to come and try out her luck. “I am so glad that Sarakasi Trust came to Nakuru City to bring this initiative to the community, because we have been experiencing a high level of instability and worry among the youth. I talk about peace a lot with my poetry, because I am passionate about it and I hope to change attitudes and eventually the world, with my art…” she remarks.

We believe that the arts are a powerful tool in creating the world that we want to see, and the fact that young people are endowed with untapped talent, skills and potential, we perceive that impact among the youth and their immediate community will be experienced as an outcome of this project.

Some of the key objectives of the Talanta na Amani Project include to better the lives of at least 100 young people giving them greater chances of economic empowerment, to enhance the entertainment industry while connecting young people to opportunities within the creative economic sector, to promote social change by building the professional capacity of the participants, to promote peaceful coexistence and to create a training program that fosters mentorship and ownership among the participants.

The project has officially kicked off, with an official launch set to be held in the month of February 2022. Many thanks to the American Embassy Nairobi for funding this project, and the American Corner Nakuru for hosting us.